The history of Mancetter goes back to Roman times when it was known as Manduessedum. The roman road Watling Street, now the A5 trunk road, forms the northern boundary of the Parish and it was here the Romans built a Walled Settlement that was fortified in the late 3rd or 4th Century. A Vexillation Fortress and a later Roman Fort was built in the area now occupied by the Church and Manor House. It is not clear when the Vexillation Fortress was built but AD60/61 is favoured.

Graham Webster, one of the few respected Roman Historians to have addressed the issue of Boudicca, the Ancient British Queen, and her defeat by the Romans, made a convincing assertion that the battle took place near Mancetter. This suggestion favouring Mancetter relies primarily on the local topography as being the location nearest Watling Street which best fits the scanty description in Tacitus. The description suggests the battle took place somewhere between Mancetter and Hartshill. 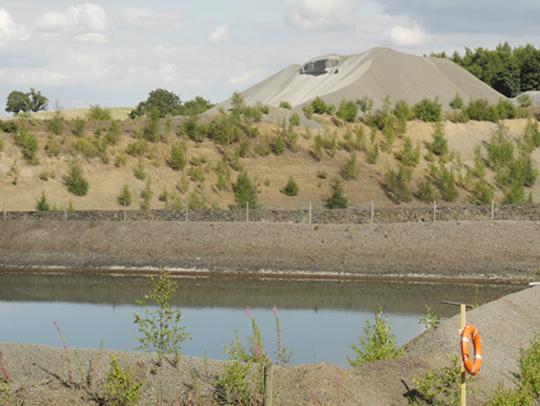 The Church of St Peter dates from the 13th Century. Its solid bulk and squat tower, the upper parts of which date from the 15th Century, sits next to the black and white, timber framed Manor House and the almshouses. For more detail on the history of the Church and the monuments it contains see Benjamin Bartlett's 'Manduessedum Romanorum, being the history and antiquities of the Parish of Mancetter' published in 1791, which is available from Atherstone Library. Benjamin Bartlett lived in the Grange at Hartshill.

Hartshill was part of Mancetter Parish until 1848 when the new Church was built there and Atherstone was a Chapelry of Mancetter until 1825. The hamlet of Oldbury also lies within the old Parish where an Iron Age fort was found. Important names belonging to the Parish are Robert Glover and Joyce Lewis, the Protestant Martyrs (see Arthur Mee's 'Warwickshire' in the King's England series), the Bracebridge family and the Okeovers & Farmers of Oldbury.

Apart from a housing estate and the extensive quarrying of the area the Parish is still very rural with both arable and livestock farming. The area is undulating and has a significant area of woodland. The River Anker flows through the water meadows on its way to meet the River Tame at Tamworth, and the Coventry Canal, built in the 1780's but not completed beyond Mancetter until 1790, also passes through the Parish. The canal and the later railway, built in 1848, helped to transport material from local quarries. The canal now carries a lot of holiday barges and the railway is now the West Coast Main Line from London to Manchester, Liverpool and Glasgow. Mancetter Quarry occupies a significant site between Mancetter and Ridge Lane.